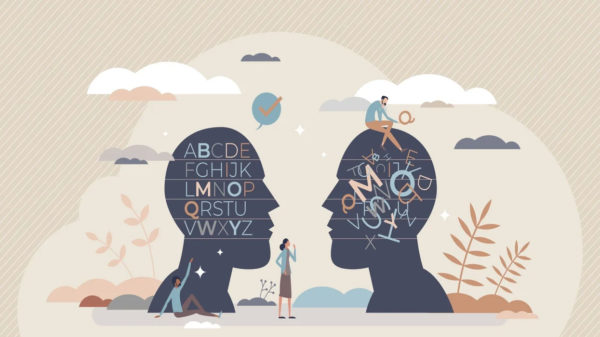 What does dyslexia mean?

People often use the word “dyslexia” to describe problems with how language is processed. The three types of dyslexia are visual (not being able to recognize printed letters or words), auditory (not being able to hear certain sounds or connect sounds to letters), and “expressive writing” (trouble drawing or writing legibly or trouble proceeding from thinking a word to writing it). Your child may show signs from any or all of these groups.

How often does dyslexia happen?

There are 2.6 million kids with learning problems in public schools in the United States. Most of these kids get special education because they have trouble reading. Most kids who have trouble reading do so because they have dyslexia. Boys are more likely than girls to be diagnosed with dyslexia, and some research suggests that this is at least partly because of bias among medical experts.

Why do some people have trouble reading?

No one is sure, but most experts think it has something to do with neurological disorders. In a study, researchers at Yale University School of Medicine made a map of the brain activity of 29 people who had trouble reading and 32 people who read well. The scans showed that the part of the brain that processes language is less active in dyslexics, while the part that processes spoken words is more active. This is called a “gap in the reading circuitry” because it makes it hard to link written letters and words to the sounds they stand for.

Some families have more than one person with dyslexia, which suggests a genetic link. Some doctors say that people with visual dyslexia have a weak central vision, which means that their eyes come at written text at an angle, or off center. Experts, on the other hand, say that this idea is not based on anything solid. Even though eye exercises can’t fix dyslexia, many people who have it find it helpful to use a “marker” card, their finger, or a pencil to keep their eyes in the right place when reading. This strategy might work if they can connect what they’re seeing to something else they can feel.

How do I know if my child is dyslexic?

Keep an eye out for signs that something is wrong. Here are just a few:

How will the doctor figure out what’s wrong?

Dyslexia is thought to be the cause of a child’s poor verbal skills when no other developmental, emotional, or physical condition is to blame. As part of the diagnosis, the difference between the child’s intelligence and how well they do in school must also be measured.

Your child will take a series of tests given by a child or school psychologist. These tests will likely include an IQ test like the Iowa Tests of Basic Skills or the Stanford Achievement Test. Perceptual processing tests look at how well a person sees, hears, and writes to see if there might be a problem with how they learn. Also, your child’s reading skills will be looked at.

Is my child’s dyslexia a sign that he or she isn’t smart?

No. The truth is that he might be very smart. Several well-known writers, artists, scientists, and other leaders, like Albert Einstein and Thomas Edison, had trouble reading and writing. Nelson Rockefeller, who was governor of New York four times, wrote beautifully about his childhood as one of the “puzzle children.” He said that his dyslexia helped him develop the “powers of concentration” he needed. Mutual fund billionaire Charles Schwab said that a blank piece of paper was the most painful thing he had ever seen. But he kept going, using personal computers and dictation to get his ideas across. Even though dyslexia is hard to deal with, being able to do so has many benefits, such as better study skills and the ability to work hard.

If my child has dyslexia, does that mean he or she won’t be able to read?

He might always read slower than you do, or he might need to use a pencil to mark his place. He can learn ways to make the process easier and remember more of what he reads, though.

Will my child be able to get over having trouble reading?

Dyslexia is a lifelong illness, but many adults who have it have learned how to deal with it well enough that it is no longer a handicap. Once your child learns to read and write, his dyslexia will be less of a problem.

What other kinds of therapy are there?

There are three main ways to help children with dyslexia: special ways to teach in the classroom, behavioral therapy to teach good study habits, such as time management, and intensive training from a therapist who specializes in reading problems.

Many teachers don’t know how to deal with dyslexia, but they can help your child in ways that don’t bother the rest of the class. Also, all public schools have psychologists and teachers who work with students with special needs and can help your child’s teacher. To make sure this happens, set up a meeting with your child’s teacher and the school psychologist or special education staff. Some of the best ways to teach in a classroom are:

What do I have to do?

For information that is up-to-date and helps to find support groups and other services. Contact groups like the International Dyslexia Association and the National Center for Learning Disabilities.

You and your child should both learn as much as you can about dyslexia. The Misunderstood Child by Larry B. Silver, MD, and Learning to Learn by Carolyn Olivier and Rosemary F. Bowler are good books for parents to start with.

Talk to a therapist about your kid. He might have been worried that his teachers and classmates thought he was stupid or slow. Even though your words of comfort are nice, they might not be enough. A professional can help him learn to respect himself and care about others