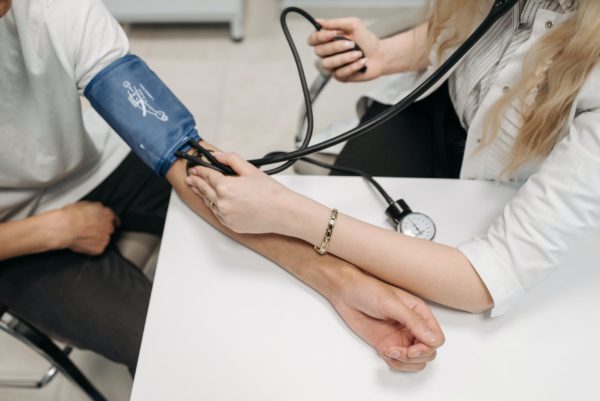 Salt is viewed as a villain by many patients with high blood pressure. According to popular belief, just a few shakes can cause blood pressure to skyrocket. Is salt, on the other hand, really so dangerous?

Scientists have now found an answer to that question after decades of research: yes — and no. Extra salt does elevate blood pressure in many people. However, it appears to reduce pressure in a few cases. And for some, it doesn’t make a difference one way or the other.

If this seems perplexing to you, you’re not alone. Scientists are perplexed as well. Nobody knows why some people react to salt while others do not. However, researchers do have some clear advice: to be safe, everyone should limit their salt intake.

How much salt should I eat on a daily basis?

Every day, the average American consumes about 3,000 mg of sodium, significantly more than the body requires. Daily consumption of no more than 2,300 mg is recommended by the Food and Nutrition Board. However, if you’re over 40, have high blood pressure, or are of African American ancestry, the government advises limiting salt intake to 1,500 milligrams per day.

Research published in the Annals of Internal Medicine looked at six different diets and discovered that a low-sodium diet could improve the health of a healthy diet. Half of the study participants ate a typical American diet, but they were divided into three groups, each with a different sodium intake: high (3,300 mg per day), middle (2,400 mg per day), and low (under 2,400 mg per day) (1,500 mg each day.) The other half of the study’s participants ate meals high in fruits and vegetables but low in fat and cholesterol (also known as the Dietary Approaches to Stop Hypertension or DASH diet.) Their meals were also classified into three categories based on how much salt they consumed.

Even among persons who didn’t have high blood pressure (commonly known as hypertension) to begin with, one-sixth of the subjects who ate the lowest-sodium DASH diet had the biggest reduction in blood pressure. This group’s systolic pressure (the top number in a blood pressure reading) dropped by an average of 9 points, the most of any group.

Hypertensive African American women over 45 experienced the greatest reduction in blood pressure among those who reduced their salt intake. According to Myron Weinberger, MD, Director of the Hypertension Research Center at Indiana University School of Medicine, who led the study, young white males without hypertension had little reaction to a low-sodium diet.

Weinberger’s studies emphasize two key points: First, cutting less on salt can help some people lower their blood pressure dramatically. Second, salt is only the beginning. You may help your heart by eating plenty of fruits and vegetables every day and limiting your fat intake. You’ll not only lower your blood pressure, but you’ll also lower your risk of atherosclerosis (artery hardening) and heart disease.

Do I still need to limit my salt intake if I don’t have high blood pressure?

How can I reduce my salt intake?

Start with a light hand with the saltshaker. However, it’s vital to remember that the average individual obtains 90% of his or her salt from other sources. Many “convenience” foods include a lot of salt, such as frozen dinners, restaurant meals, luncheon meats, fast food, and canned soups. Preparing meals at home is the greatest method to protect yourself. If you do eat processed foods, make sure to read the labels. Aim for a daily salt intake of less than a teaspoon (2,300 mg) from food, with less being ideal.

The CDC stands for the Centers for Disease Control and Prevention. Most Americans should limit their sodium intake to 1,500 mg per day or less.

The Mayo Clinic is a medical center in Rochester, Minnesota. Are you receiving enough sodium?

News release from the National Heart, Lung, and Blood Institute. A recent study has discovered a relationship between salt sensitivity and death risk.